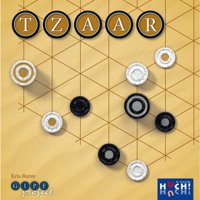 Robot Turtles is a board game for kids ages 3-8. Kids won't know it, but while they're playing, they're learning the fundamentals of programming. Every player ("Turtle Master") takes a turtle and a matching deck of cards. Stack the cards face up on the table in piles, then build a maze for each player out of walls and a jewel. The youngest turtle master goes first, placing his first card down, then moving (or having his parent move) the turtle accordingly. As players progress, they build their program on the table; if they make a mistake, they can shout "Undo!" and debug it. Before too long, kids figure out the secret of Robot Turtles: It lets the kids control the grown-ups! The little programmers put instruction cards down, driving the turtles through the maze, but the grown-up is the computer, executing commands on the board. At its heart, Robot Turtles is a game about bossing around adults, just like programming is about bossing around computers.